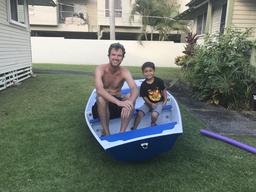 We're a year later than we expected, but we're getting ready to move onto the boat again. Our plan is to head toward Australia and stop in Fanning, American Samoa, Tonga, Fiji, and New Caledonia along the way. The trip will likely take 18 months because we'd like to take a leisurely pace and we can't sail during Southern cyclone season which is November to May. During the off season we'd like to travel via airplane and car in Australia, New Zealand, and Thailand.

But that's just the plan, and few of our plans work out the way we draw them up. And that's a good thing. This is an adventure, not a vacation.

We plan to sell the boat in Australia in about 18 months. But that's only if the money lasts that long. She might be for sale sooner. 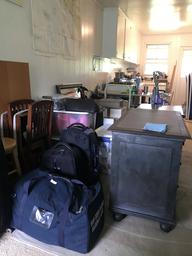 The movers come tomorrow to ship our stuff to storage in San Diego. We've spent much of the last 10 days packing the stuff we want to keep and throwing away or donating everything else. 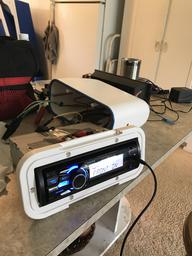 The boat projects are moving along slower than we'd like, but they're moving. We ordered new sails in February and hope to get them any day now. The new dinghy is complete and ready for a test run - we need oars though. The leaky water pump has been fixed, but there are other engine projects needing attention. The issue that's got me really nervous right now is the engine shifter. There's a lever at the back of the cockpit that's supposed to change gears (forward, neutral, reverse) and adjust the throttle. Only the throttle is working. I've spent hours thinking, researching, and tinkering, but I'm not sure how to fix it. I've called two marine mechanics but can't get a call back. I'll keep hacking away at it!