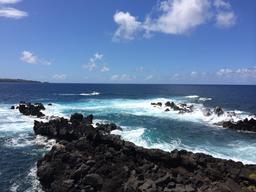 Getting to Maui meant crossing the Alenuihaha Channel. It has a reputation for big wind and big waves so the forecast was appropriate at 25kts from the east with 5-9 foot waves. Fortunately it is a downwind ride.

We had planned to leave in the evening, but after saying good bye to all our new friends in Radio Bay it was already dark. We decided to leave in the morning at first light and that's what we did. There was a nice land breeze to sail out of Hilo Bay, but it quit within a few miles of the breakwater. We motored for an hour and then the sea breeze (or was it the trades?) picked up. We had light, steady wind for much of the afternoon, but as we approached Upolu Point the wind built. We went from full sail to a double reefed main with a sliver of jib in a matter of 30 minutes. We had found the trade winds and they were just as forecast - 20+ knots from the east. Our course was west-north-west, so it was nice broad reach sailing. After sunset, we left the Big Island in our wake and started to see the lights of Maui on the horizon.

Conditions in the channel were pretty hairy, as forecast, but having just crossed the Pacific, we had a good time of it. Call us cocky perhaps, but these were conditions we'd seen before, and we knew we could handle them again.

We had some rain on the crossing too. The skies were mostly cloudly so it was a dark night, but on the horizon we could see a series of dark clouds coming toward us. The rain would come as the dark clouds came overhead, and then stop a few minutes later when the cloud passed. Twenty minutes later another dark cloud would blow over us. This continued for most of the night.

Carolyn and I kept a much better watch for this crossing. When we crossed the Pacific, we both slept all night long and didn't worry about anything we might run into. The channel between Hawaii and Maui is heavily trafficked so we had someone on watch full time. That meant one of us was always getting wet in the cockpit. It wasn't so bad though - the boat was steering itself and this would only be a one night passage as Hilo to Lahaina is about 125 miles.

By dawn we were passing Molokini and we were well into the lee of Maui so it was appropriate for the trades to be replaced by light variable winds. Going from 5+ knots of boat speed to less than two was a big disappointment and really killed the morale on Crazy Love. We weren't feeling very patient, so we motored much of the rest of the 15 miles into Lahaina. Before we arrived in Lahaina, I checked email on my phone. Our friend Ronnie had managed to get a slip for us in Lahaina Harbor! 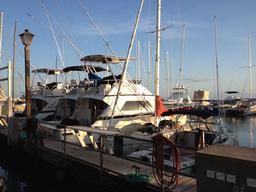 We pulled into the very busy - with charter boats full of tourists - harbor and into slip 34. Ronnie was standing at the boat ramp giving us a standing ovation. It was a special welcome for us as he was one of the big inspirations for us to even consider the crossing from Mexico to Hawaii. We tied Tahitian style to the marina walkway - two bow lines to the dock, mooring bouy tied aft to keep us off the dock. After a painless checkin with the harbormaster, we were officially in Lahaina. I could already tell Lahaina was going to be awesome: the air was warm, the skies cloudless and blue, and the town was right next to the harbor. The next two weeks turned out to be awesome and we're now very much fans of Maui.

Lahaina's Front Street was feet away from our new home. A tourist retail paradise. T-shirt shops, ABC stores, restaurants, you get the idea. Even though I was given free samples of firming cream every walk down this street, I have taken the high road and hold no grudge.

Lahaina Harbor has no facilities for cruisers - showers being the big one. The harbormaster's office did say we might check in with Lahaina Yacht Club as they often offer cruisers use of their facilities, especially if we're renting one of their moorings. Well we weren't and we are not members of a yacht club, but we tried anyway and were fortunate to catch a break. The Lahaina Yacht Club was very hospitable with fabulous showers and I might say the best food at the best cost on Front Street. Dave and I also seem to always run into a brewery. We really did just happen upon the Maui Brewing Company tasting room, I can't get enough of their coconut porter!

It was great to catch up with Ronnie who had been working on his boat for the last couple months on his way to Australia. You can read his story here. 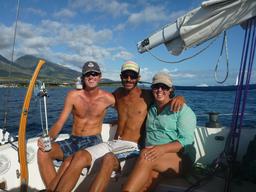 We took the opportunity of having a slip to get a few repairs done on our boat. Ronnie put us in contact with West Maui Sails. We had a ragged looking jib after the passage and a few batten pockets on the main that needed some love. These guys picked up our sails from the harbor and we met them at their loft. Completely understanding a cruiser's budget, Barry and Brian pointed out suggested fixes and let us put some hours of our time into the work as well. We learned a great deal in this process and feel a bit more confident if we need any sail repairs along the way. 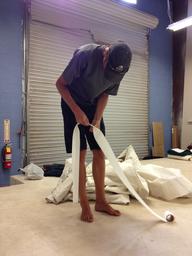 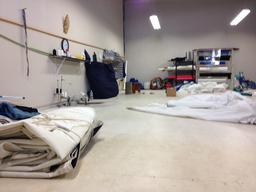 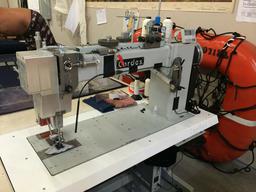 With the jib down we also replaced the roller furling line (the one that had chafed through during the passage) and did an end over end of the jib halyard in an attempt to lengthen the life of this line.

While in port we did get in contact with Victron Energy and they are sending us a replacement shunt for our battery monitor. Since this is coming from Europe we had it sent to San Diego and will make do with the volt meter in the meantime. 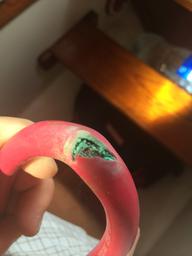 With all that work done, now it was time for a little fun? Many people ask us how we do it, living on a small boat with separate bunks...well we take a break every now and then. We booked a room at the Kuau Inn in Paia on the other side of the island for a couple nights for what I feel was a much deserved and earned break.

The vacation from our cruiser's life started with a bus ride to the other side of the island to pick up a rental car from what I found was the best local rental rate in town. We were to meet the owner at the mall where he was picking us up from the bus station. Dave was sure once we were driving into the country and passing an old used refrigerator at the front of the property that we were soon going to be a tale on the next episode of America's Missing Tourists. This was not the case. We got a great rate and our car completely blended in with the locals. I completely recommend Maui Cruisers Car Rental. 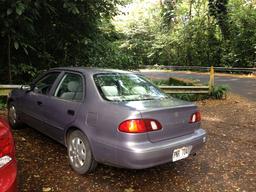 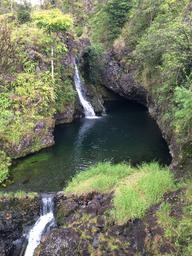 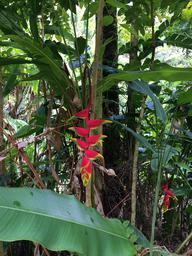 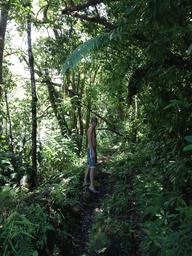 The Kuau Inn is an old Plantation House outside the town of Paia that we made a home out of for the next 5 days. 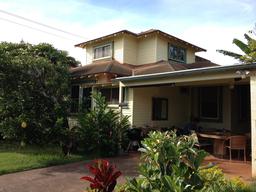 They have a wonderful shared large kitchen where we were able to make dinner in on a few nights. A perfect setup for us. Aside from lounging around the great lanai we got out for a few explorations of the island as well. The Road to Hana was beautiful and we attempted to catch a sunrise at the summit of Haleakala National Park. I might suggest planning a sunset for anyone coming into town. We hit a foggy morning .... and its cold, really cold (but beautiful). 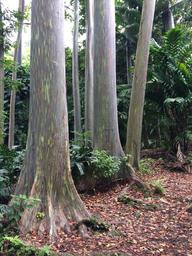 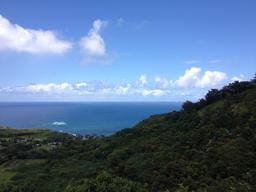 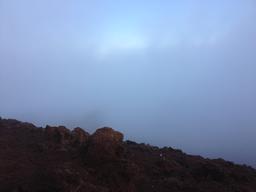 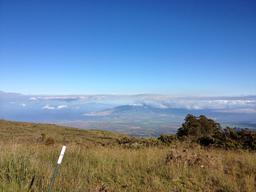 Before returning the car, we used it to do some errands. We hit the Home Depot, Walmart and the grocery. Almost like real life!

The boat's loaded up and we were to be out of Lahaina Harbor on Thursday. Even though the winds off the coast looked gusty (I'm beginning to realize this is Hawaiian coastal cruising) we made plans to head to Honolua Bay at the west end of Maui. But not till we had a meet up with some friends we met back in La Cruz who just came up from the Big Island and came over from Cabo just before us. We're hoping to run into Aeoli again soon.

Currently we're back in cruising mode anchored in a little piece of paradise called Honolua Bay where I've already spotted the Hawaiian State fish about a hundred times, swam with a sea turtle, octopus, and a couple eels, not to mention a dozen other beautiful aquarium fish.