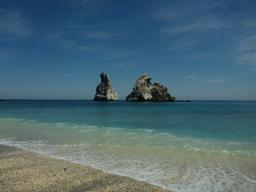 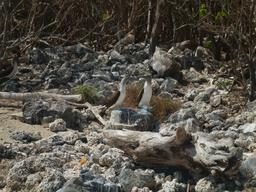 We'd heard good things about the snorkeling and wildlife on Isla Isabela so Rosie and I decided to take a three week trip up to there before preparing for the passage to Hawaii. The trip north to the island was about 80 miles with two stops. The first stop was the trusty anchorage at Punta Mita. We tacked close hauled for 6 hours to cover the 8nm (as the crow flies) from La Cruz to Punta Mita. After one night there, we headed to our favorite stop Chacala for St Patrick's Day weekend. The crew of Lilo was there to greet us when we arrived at 10 pm Friday night. St. Patricks Day is a big deal in Mexico; there were more people (maybe double) on the beach than at any other time we've been there. There were tour buses on the narrow dirt and cobblestone Main Street and the camp ground was packed where previously there were only a handful of cars.

During our brief stay in Chacala we took a great hike to Las Cavas (The Caves). Las Cavas is supposed to be great snorkeling, but we never found it. Instead we ended up at another lovely little spot where we could dip our toes in the water. 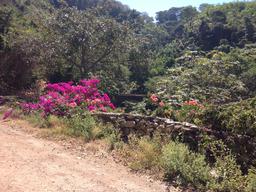 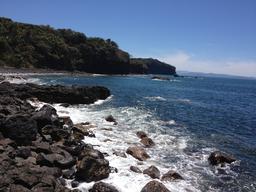 Anyways...three lovely days in Chacala with multiple stops at Chac Mool and we headed 40 miles overnight to Isla Isabela. We had light west winds that allowed us to sail slowly for 24 hours, (with a great 2330 wind shift in our favor) tacking just a few times to get us there in the late morning. We joined Lilo in the east anchorage near Las Monas - we're not following them though it might appear so. We have since parted ways - they're going north to Oregon, we're going west. 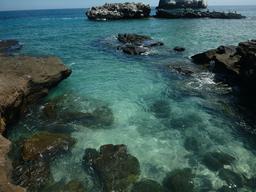 We'd been told the East anchorage on Isla Isabela is an 'anchor eater' so we tied to the anchor a trip line with a fender to float the line to the top. Fortunately the water in the anchorage is so clear we could see all the way to the bottom 25 feet below. It turned out the trip line wasn't long enough - causing the anchor to drag along the bottom rather than set in the sand - so I jumped in the water and added another line to extend it. Turns out I'm pretty good at the underwater bowline. While I was still in the water Rosie backed down on the anchor again and this time it set. 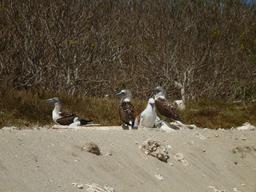 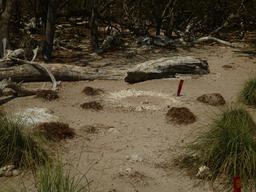 We stayed for 4 days. We snorkeled every day. We landed peeps on the beach to hike around the island and check out the blue footed boobies and their hatchlings. The boobies nest right on the beach so after landing the dink and pulling it 10 yards up the beach we saw a line of boobie nests, some still with eggs but many with little birds snuggling close to the adult tending to the nest. They didn't mind that we walked close to take photos and pass by to get to the hiking trail. 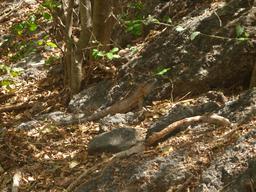 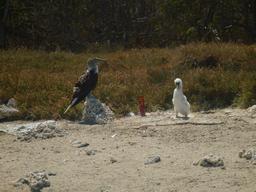 There weren't many people on the island. There is a fishing village on the south end with maybe a dozen-20 people. Then there's a bird research station with 2 folks on the east side of the island near the anchorage. The only people we saw on our 2 hour hike were from a cruising boat in the south anchorage- they told us how much they liked San Blas. The hike was spectacular. Iguanas, frigate birds and blue footed boobies were everywhere. This place definitely lives up to its reputation as the Galapagos of Mexico. 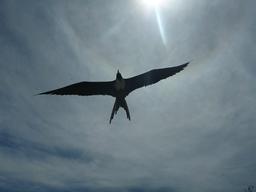 In addition to the folks we met on the hike, our friends Jodie and Darren had also recommended San Blas. With two positive reviews that's where we headed after Isla Isabela.