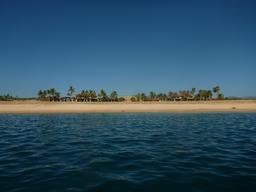 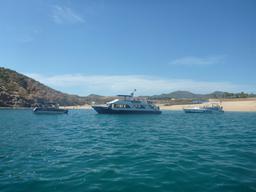 Every day of our stay in Santa Maria Cove has been paradise. The sun is warm, the water is warm, the beach is easy to get to, and we have plenty of people watching to keep us entertained. We snorkel and swim in the morning before the party boats come in. When the party boats start to come in at 11am we soak up the sun while we're watching the tourists learn to paddleboard and snorkel. 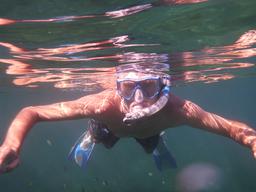 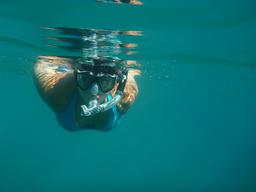 The snorkeling is as good as I've ever experienced. Except for the lack of sea turtles, it has been just as good as Hawaii. I look forward to much more of the same this winter and spring. 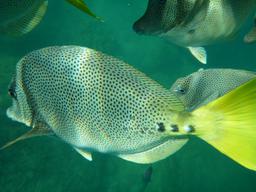 It felt like the fish came out of nowhere sometimes. One moment it felt like there were no fish, and the next I was surrounded by them. 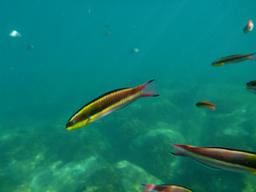 Santa Maria Cove hasn't been all play. We replaced an aging spinnaker halyard while we were here. These two huge pelicans helped me splice the shackle onto the halyard.

Slight change of plans, we got ourselves a slip at Puerto Los Cabos and canceled our reservation at IGY Cabo San Lucas - Puerto Los Cabos is $10US a night cheaper than IGY. We'll be pulling up the hook tomorrow to head into the marina until after Christmas.