Our intention for sailing up the Petaluma River was a stay in Sonoma County where good wine and beer flow. We had visited Sonoma 5 years ago for a wedding and had such a good time it has been on our list to return. It did not disappoint us one bit. The bus picked us up right in front of the marina on Tuesday afternoon and dropped us right in the middle of Sonoma. We stayed on the square at the same hotel, walking distance to numerous tasting rooms, two wineries, and a delicious cheese shop.

The sun shone everyday giving us perfect pool time mornings and wine tasting afternoons. Sonoma's farmers' market is on Tuesday evenings where two stages were going with music and again drinking in a park is completely acceptable. Our hotel also happens to have a wonderful restaurant and we had a lovely date night with a great waiter who convinced the chef we did indeed need a burger for dinner with our sparkling wine (apparently it is only on the lunch menu). Three nights away from Crazy Love and we were like parents anxious to get back and check on her in Petaluma. 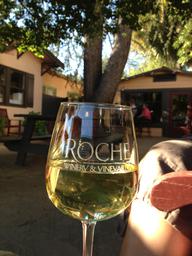 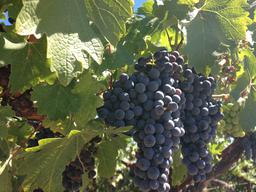 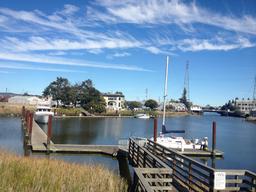 Late Friday morning, the bus dropped us back at the marina. After getting the travel bags put away, we headed downtown for a late lunch/early dinner at Dempsey's. Coincidentally, Dempsey's is also a brewery so we had the tasters and an enjoyable double IPA for dinner.

I wanted to hit Lagunitas while we were in Petaluma, but it is several miles from town. While Carolyn and I walked around town after dinner, we got a call from our new friends, Kris and Ramona. We had met them earlier in the day at the marina. They were heading to Lagunitas Taproom for live music and a few pints and wanted to know if we'd like to join them. Hell yes! The Lagunitas taproom is a full-on beer garden. They have a few dozen wooden picnic benches with heat lamps. It was open seating and the place was full, but Carolyn and Ramona charmed a nice couple into letting us share their table. We had a few pints and were out of there by 9pm.

We headed back to downtown Petaluma to the excellent Taps for a few more pints. They have a BIG list of craft beers. The beer list size and quality compare favorably to the Toronado in San Diego. After a pint or two there, we headed back to the marina and called it a night because Carolyn and I had a big day planned for Saturday! 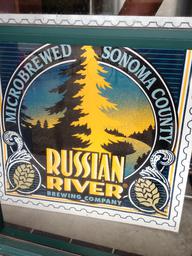 We did a little cleaning on the boat in the morning and walked 2 miles into town at 11am to catch the Route 48 bus to Santa Rosa. Our destination in Santa Rosa? Russian River Brewing, of course. I am a big fan of sour beers and this place makes some excellent ones. We got the "taster set" of 14 beers, 7 of them sours for $15. A killer deal. 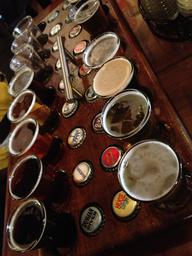 After the taster and a Temptation we walked two blocks to Third Street Aleworks for one pint before hitting the 4:30pm bus back to Petaluma.

It is now time to leave the Petaluma Marina. We tasted some great beer and wine. We drank a bottle of wine in a public place and didn't get arrested.
We soaked up some Sonoma County sun and we made some new friends. I hope the rest of our trip is this nice. 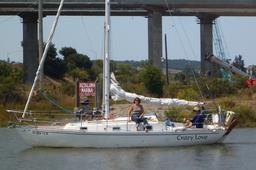