Santa Cruz to Half Moon Bay 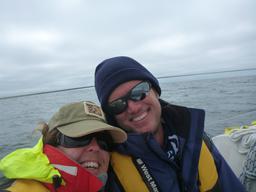 On Sunday morning, after an excellent stay, Carolyn and I left Santa Cruz for Half Moon Bay. I had a goal of sailing the entire way. The course to sail was Northwest and the wind was from the Northwest, so it wasn't a point-to-point sail. The charts say the route is about 45 miles, but that would be sailing straight into the wind which isn't possible. Instead we sailed Southwest to get some space off the coast and by sunset we were absolutely nowhere. We've fought hard for every mile North and when the sun went down on Sunday night, we were 42 miles from Half Moon Bay and 5 miles south of Santa Cruz. We'd been sailing all day and were farther from our destination than when we started! But...

That set us up for a great evening. The winds were 5 to 10 knots from the Northwest all night. We were always doing at least 2 knots and occasionally we were able to get 4 to 4.5 knots.

We decided to stick with 2 hour watches. I took the 9pm to 11pm watch, Carolyn took the 11pm to 1am, I took 1am to 3am, Carolyn took 3am to 5am, and I took 5am to 7am. During my 5am watch, the sun came up. We had made it through our first ever through-the-night sail without a hiccup! Fortunately our little tiller pilot did all the steering. Thank you Otto. 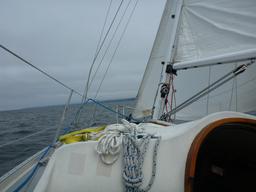 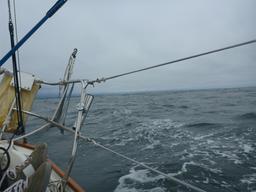 We were within 5 miles of Half Moon Bay at 4pm on Monday afternoon. The light winds in the bay meant those last 5 miles took us nearly 4 hours. By 8pm, after 33 hours underway and probably 80 miles traveled we were anchored inside the Pillar Point Harbor breakwater. We dined on cabbage and andouille with a side of potato pancakes and then slept like the dead for the next 12 hours.

On Tuesday morning I called the Harbormaster and procured a slip in the marina (only $25.50 a night, not bad). We hadn't had a shower since Monterey (yup, that's a full week! It surprising how the ocean air masks the scent of unbathed heathens.). They had a slip right up front for us. Coincidentally, the slip was a 90 second (literally) walk to Half Moon Bay Brewing. Needless to say, it was an early afternoon stop on Tuesday after showers and a walk out to Pillar Point. 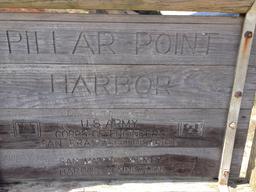 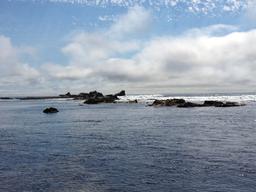 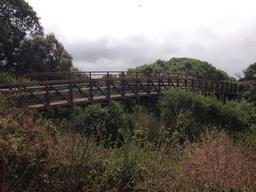 Today we walked 5 miles into Half Moon Bay (the town) to provision and tomorrow we are leaving for our most Northern port of call, San Francisco Bay. I'm hoping for not too much fog so we can actually see the Golden Gate Bridge when we pass under it. Either way it will be a huge accomplishment for Carolyn and I to make our way into the bay without getting run over by a cargo ship.