On Wednesday, Carolyn planned a hike from Avila to the Pirate's Cave. Unfortunately, we didn't get any good photos of the cave, but these photos represent the not-too-shabby type of day it was: 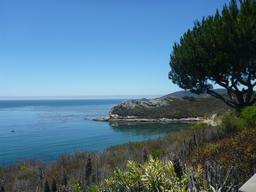 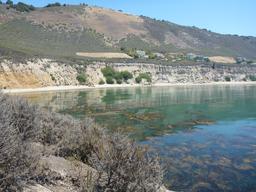 The crew of Crazy Love has been underway, living full time on the boat, for more than 6 weeks. We needed a vacation from our vacation so we booked a hotel in San Luis Obipso for one night. Getting from Avila Beach to anywhere via public transportation is not straight forward. On Thursday morning, we called the water taxi to take us from the boat to the dock. Then we waited for the 10:20am (free!) trolley to the Pismo Beach Premium Outlets. From there we hopped on the 11:00am Route 10 Bus which dropped us in Downtown SLO before lunch.

Our first stop, always my first stop in San Luis Obispo, is Firestone Grill. I didn't even look at the menu and neither did Carolyn. Two trip tip sandwiches and a basket of fries. It was as good as I remember from college! 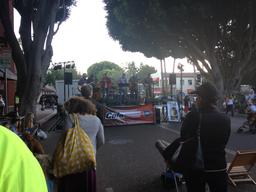 Thursday night in San Luis Obispo is Farmer's Market and its still the best one I've ever been to. There are at least a few dozen "farmer" vendors, the same number of food vendors (everything from bbq to Italian to Thai), and a stage for music at the end. The band this week was The Mother Corn Shuckers. They play a mix of bluegrass, country and rock that was a groovy good time.

In addition to being Farmer's Market afficianados, Carolyn and I are also sampling Central Coast beers when the chance (need?) arrises so we stopped in the Creekside Brewing Company after we picked up some fruits and vegetables. I have a feeling that brewery stops will become a theme for the remainder of our time cruising the coast of California.

After having a great half day in San Luis Obispo, we decided to keep the land based fun going in Paso Robles. I've always wanted, but never had the chance, to go to the Firestone-Walker brewery/restaurant in Paso Robles. We were also in the mood for a little summer heat. Despite the recent heat waves in the Southwest, I have been consistently cold, so a hot summer afternoon was welcome. The forecast for Paso was 104 on Friday. 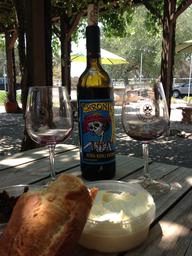 Carolyn booked us an inexpensive rental car (thank you Budget!) and used some Hilton points to book us a room at the Hampton Inn & Suites just off the 101 in Paso. Before checking into the hotel, we hit two wineries - Mondo and Chronic. At Chronic, we sat on their lovely covered patio and enjoyed our Farmer's Market bounty in a welcome 90 degree heat. 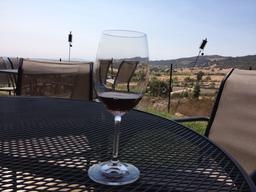 The Hapton Inn & Suites is less than two miles from Firestone Walker, so we checked into the hotel and set out for a 30 minute walk. We had a few rounds there, including a decadent Imperial Stout called Parabola. When I have the chance, I would like to sample Parabola next to Alesmith's Speedway Stout.

After Firestone Walker - just trust me, we weren't drunk, we were only sampling - we walked two miles south to a new brewery called Barrelhouse Brewing. They had a giant new brewery and tasting room with an inviting back patio featuring a waterfall, prohibition era truck and a big grassy area perfect for a concert on this warm summer afternoon. 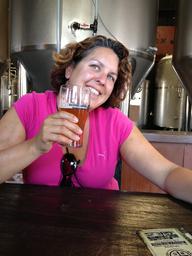 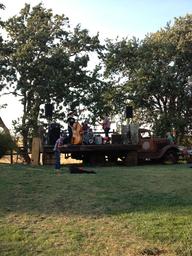 After that it was off to bed because we had to get up by 8:30am to pack up and get the rental car back to San Luis Obispo before 10:30am.

Getting home was an adventure similar to the way everything has been on this trip. We took a car, a bus, a trolley, and a water taxi to make it back to Crazy Love.

Its Saturday night and we are back on the boat. The weather looks benign for the next few days so we plan to head to Morro Bay tomorrow. The plan is to spend two days there and then head to San Simeon. San Simeon (right next to Hearst Castle) will be a quick rest before the big (85 miles) jump to Monterey. We will stay in Monterey for a while because we want to spend some time at the aquarium.